For those who want to have a go at recreating Herman’s recipes at home, a series of cook books has been published. Extending the Herman den Blijker brand into print, DLVS designed the layouts for these books in conjunction with another friend of ours, Job Rompa.

in corporation with Job Rompa

For a brand to live on beyond its packaging, just as careful consideration needs to be given to the look and feel of the products themselves. DLVS designed the knives, pans, crockery and eating utensils that comprise Herman’s cookware range. Working together with the manufacturers we developed products that are as practical to produce for the price point as they are pleasurable and stylish to use in the home. 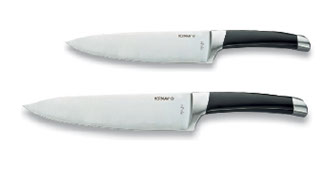 © All images and designs appearing on the DLVS web are copyrighted and protected under international copyright. Images may not be reproduced in any form without prior permission of DLVS.